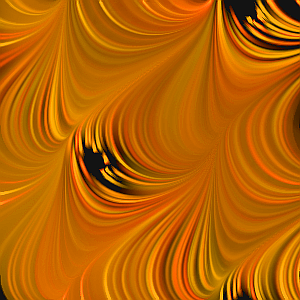 The -eigen2tensor command computes tensor fields for client commands like -smooth, given an ordered pair of input datasets representing vector lengths and orientations ( eigenvalues and eigenvectors ). Elements of these fields correspond with pixels of some initial operand image and typically quantify various dynamics in the locales of those pixels.

The command takes no parameters but requires that the selected images form ordered datasets of eigenvalue - eigenvector pairs.

A tensor field is a specialized G'MIC dataset associated with a companion image. Elements of the tensor field are in a one-to-one correspondence with pixels of the companion image and form 2x2 or 3x3 matrices ( tensors ) that characterize particular aspects of the pixels' locales. Commonly those aspects include intensity gradients in a pixel's immediate neighborhood.

Tensor fields arise from an analysis undertaken by some other G'MIC command, such as -structuretensors or -diffusiontensors. The former detects image features, especially edges, and packages information about the strength and orientation of those features in a tensor field. The latter finds a smoothing geometry for an image which becomes an input to the -smooth command.

For single slice images, with depths equal to one, associated tensor fields consist of 2x2 matrices, which are sufficient to characterize local pixel dynamics along the x and y axes. Tensor fields comprised of 3x3 matrices are necessary for companion images with greater depth, as dynamics can be measured along the z axis as well.

The data encoded in a tensor field may be "unfolded" by -eigen into a less compact, but — for some types of computations —  more accessible form consisting of a set of eigenvalue fields together with a set of affiliated eigenvectors, altogether two separate datasets. For example, it is possible to compose a tensor field by hand where the separated eigenvalue-eigenvector form is an intermediary. When one is finished with such a pair, -eigen2tensor can compact the intermediary into a single tensor field suitable for other G'MIC commands.

The particular organization of these unfolded datasets depend on whether the companion image is a single (depth == 1) or multiple (depth > 1) sliced image.

We can conjure tensor fields from the Aether and pretend that whatever dynamics they encode pertain to some noise image. The noise image is unrelated to the tensor field and that is atypical. Commonly, a tensor field relates to a corresponding image through the action of some analytic G'MIC command like -structuretensors or -diffusiontensors, but in this application we're pursuing Art. Perhaps, more precisely, we are using noise to visualize a tensor field. The results can be quite pretty.

In any case, we will first conjure from the Aether the eigenvalue and eigenvector components. We will conjure up four gray scale images which we will call EigenOne, EigenTwo, Cosine, and Sine. This terminology comes from "Do Your Own Diffusion Tensor Fields" which (we think) might be worth your while to read.