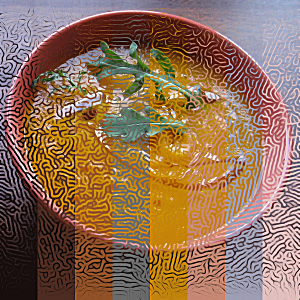 Given one or more selected images and a count, -colormap generates palettes containing like numbers of estimated “good-fit” colors. Palettes are small images, usually one pixel high and a just a few pixels long, though it is not unusual to have a few hundred pixels in a palette. Each pixel is a color swatch, and tend to reflect the dominant colors of the image. One could think of the -colormap command as a "dominant color detector."

Use -colormap with -index to make a new image that uses very few colors compared to the original, but remains a reasonably good reproduction.

Use -colormap with -map to convert gray scales into false color images.

The command has the form:

Consider writing your palettes in a high precision format such as .cimg. In particular, eight bit unsigned integer formats will shave away the hard-won precision furnished by the k-means algorithm; you may as well not use k-means at all if you then save your color map in an eight bit .png or .jpg file.

If you find yourself invoking -colormap often, then making reduced-color versions of the originals with -index, consider using -autoindex which combines -colormap and -index. Note that -autoindex generates the palette internally, deleting it when finished. Running -colormap[…] 0,0 with the output of -autoindex referenced in the selector will recover an equivalent version of the palette.