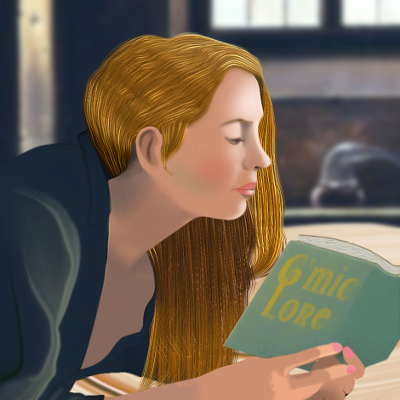 Figure 1: Pixel Dust appears to be reading up on G'MIC lore in the wee morning hours. What might emerge from such midnight lucubrations, one does wonder.

The Hair lock filter grows out of the ““Do Your Own Diffusion Tensor Fields”  series, in particular “Tensors for the Tonsorially Challenged.” The command line walk through in that tutorial discusses how the filter diffuses noise into a simulation of hair strands. Visit those pages for the theory behind this filter, which will not be discussed much here.

This filter renders hair locks as they might appear at about ½ to 2 meters from the viewer, roughly, head-and-shoulders portraiture scale. The filter supposes that the digital artist will compose a complete head of hair from a number of hair locks, and that each lock, in turn, consists of two or three plies of hair.

By default, the filter renders hair semi-transparently and, in practice, has been designed around the idea that the skeletal image, which provides a model for the hair lock, has been drawn at about 1 ⅓ to 2 ½ times over sized, anticipating that hair locks may be sheared, rotated or reduced before final placement in the image (See Figure 2). Out of the box, the hair rendered by this filter is too fat, by design.

Before using the filter, an artist should have a fairly advanced sketch of their work, or a fairly well worked out game plan (much the same thing). Two things which need to be settled before using the filter successfully are the geometry of the hair locks, that is, how many and how do they drape off the head, and how the hair is lit.

The artist expresses the geometry of the hair locks by drawing a skeleton of a few representative hair strands (See Figure 2). These can be Bézier curves, a series of straight lines warped into shape, high contrast images of existing hair or free hand curves. The example in Figure 2. was first prepared in Inkscape. The artist used the Interpolate Sub-Paths effect in the Path Effects editor, developing the body of the skeleton with a seven-step interpolation of two initial curves. A few extra “dangling strands” in the lower right portion of the skeleton completed the art.

The artist passed the exported bitmap through G'MIC's -smooth command with a very high anisotropy setting. This last step affects how hair strands distribute themselves at the ends of the hair lock, which, without the smoothing step, can space themselves in a manner too uniform to seem natural. We go into this matter with greater detail in the walk through.

The artist expresses the direction of incoming light, hair coloring, and a number geometric properties in the Hair lock filter dialog box, which we describe in the next section.

The Hair lock filter needs three chunks of information, each having some particulars. In most cases, one expresses these with relative amounts that vary from zero ('not at all') to one ('a lot'), with the default calibrated so that the most typical input corresponds to ½, 0.5 ('just right, usually'). Some particulars represent angles – light direction and hue – and these vary from 0 to 360°. The base hair color is set by the standard color chooser dialog box common to all G'MIC-Gimp filters; the scalar controls run from 0 - 255 instead of 0 - 1. 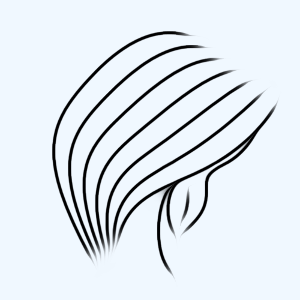 You tell the filter about the Geometry of your hair lock by providing a skeleton image depicting a few representative strands. This image should be your active layer when you choose the filter from the Gimp-G'MIC filter menus. Apart from that, the filter needs some guidance about the hair itself, how much hair may spread from skeletal lines, how dense is hair growth, and the average length of a hair strand.

These settings establish basic hair colorwith an added control for variance.  In any case, you can – and probably will – further adjust the hair color in Gimp.

Unless somebody turns on the light, setting hair color is for naught. Three controls, Azimuth, Highlight, and Specular, manage a simple kind of infinite-distance light source. The lighting model is the same as the Finger paint plug-in and its technical basis is a part of the Finger painting walk though. We won't repeat those details here.

Roughly, the hair lock filter hijacks the the smoothing geometry of one image to modify another.

In the present case, we generate and modify a smoothing geometry of some line strokes to modify salt-and-pepper noise. Under processing by the -smooth command and given the smoothing geometry produced from our skeletal drawing, the impulses composing the salt-and-pepper noise elongate under diffusion into string-like structures, a serviceable emulation of hair. Details may be found at “Tensors for the Tonsorially Challenged.”

There are few constraints on the skeletal drawing; it should have high contrast and consist of sharp edges. Conventionally, we use black on white gray scale images but white on black works too, as well as red on cyan.

There are many ways to compose the skeletal drawing. Inkscape's Interpolate Sub-paths feature in its path editor is pretty popular with us because we can quickly compose a series of coordinated curves. We have also drawn straight lines in Gimp and then used the “Distort → IWarp” filter to sweep these into various curves. Freehand works as well, and photographs of real hair, a threshold set to capture hair strands, obtaining a black and white images with sharp edges.

One can become quite creative with particulars and to good effect: the quality of the edges has a direct impact on hair appearance. Smooth lines, such as those depicted in Figure 2, give rise to a laminar flow. However, if we should subject this skeleton to some spread noise, the smooth flow becomes turbulent, the hair now wavy. In the following walk through, we will modify an initial skeleton a few times as we ply hair lock samples together.

There are a couple of constructs in a skeletal drawing which do not work as expected. First, crossing lines will not result in crossed hair strands. The present implementation has no concept of depth and cannot interpret crossed lines as some strands of hair going under, or over, other strands. In contrast, one skeletal strand “wins” and cuts the other in two, producing a wholly different effect.

Second, truly curly hair, the kind that forms ringlets, is not easy to emulate. This is also related to the matter of depth, as a ringlet is a spiraling hair lock with cross-over and depth. With practice, we can come close, but the present hair lock filter shows preferences for straight hair – even wavy hair – but hair with over-crossing curls and ringlets requires a certain finesse.

Because the filter has no concept of depth, we almost always render a series of skeletons to different layers – emulating depth with a series of hair plies. This approach actually has considerable benefit, because we can modify the skeletal drawing and settings from layer to layer so that the arrangement of the hair changes from ply to ply. This gives rise to a heightened sense of realism, because, in actuality, the hair on our own heads varies with depth.

We harness the drawing in Figure 2, which, no doubt you recognize, is a skeleton used in the front piece; it corresponds to the lock of hair that flows from the top of the young woman's head, behind her ear and around the back of her neck. We will not use the settings here that we used there, mainly so that we can illustrate the various ends that one can reach from a common start, though the work flow that we use here is the one used for the front piece.

We close out shop with interesting directions and some out-of-the-box notions.