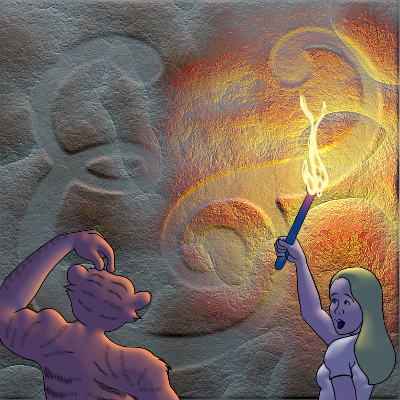 Figure 1: Now deeper in the cave, yet more evidence was found arguing for an advanced aesthetic among the Mousterian people.

-turbulence is a multi scale noise renderer akin to -plasma, in that it typically replaces the content of selected images with a turbulent effect, though it proceeds through different means and achieves distinctly different results.

Proceeding through a series of cycles or octaves, the command blurs Gaussian noise, subjects it to a mixing function, then scales and blends the results with those from previous octaves, integrating features distinct to each into a final result, one that exhibits irregular blotches and other structures, often appearing at different scales and which can vary considerably in character.

The types and sizes of features present in the results generally increase with additional octaves. That, along with the choice of a particular mixing function, the amount of damping between each octave, and the radius of the Gaussian blurring kernel which filters raw noise, gives rise to a host of effects that can emulate clouds, rock or wood.

Like plasma, turbulence may be harnessed to make height maps for lighting effects and textures. The stone wall in the opening figure was generated, in part, from a turbulence height map. The Finger painting recipe in the Cookbook describes the lighting model that draws out the features of the surface.

Figure 2: A schmatic of turbulence operation. For each octave, the command blurs noise at a variance radius that is halved as octaves proceed, so that smoothed noise exhibits little detail at low octaves, more at higher ones. The command then applies a mixing function to the smoothed noise. This may be a power function to square or cube the noise, or it may be a conversion to absolute values, folding negative regions to the positive and creating discontinuities at zero crossings. The decay argument progressively damps the higher octaves. The command blends and rescales these octave-based slices into a final image.

Turbulence goes through a set number of cycles called octaves. The command develops features at different scales by halving, at each octave, the initial radius given as an argument for the low pass filter. As a consequence, only very low frequency features are present in the smoothed noise function produced during the initial octave. However, in the second and subsequent octaves, the radius is halved and halved again, admitting, at each octave, progressively higher frequency components and concomitantly finer detail. In effect, each octave is responsible for a particular level of detail, and with more octaves, a wider gamut of detail may be obtained, limited, as noted, by the dimensions of a single pixel, for it is pointless to generate detail smaller than that quantum unit.

Each octave begins with the introduction of a standard noise function, its point-wise values ranging from negative to positive ten and exhibiting a Gaussian distribution around a central value of zero (See -noise, in particular its Gaussian mode, mode 0). By definition, the function cannot be differentiated in any direction.

A low-pass filter with a Gaussian kernel filters this function, producing a smoothed noise function. Unlike the source noise, one may differentiate this function, and it may have a small positive or negative bias. However, it's most salient aspect is a loss of high frequency components to a degree established by the radius argument. This establishes feature size, which becomes a characteristic of the octave, and with the first octave exhibiting the largest features, having been filtered for all but the lowest frequencies present in the noise.

To Mix or Not To Mix, and How?

Next, the smooth noise function may be mixed, an occurrence dependent the mode. As noted above, Mode 2 does not apply a mixer at any octave. Modes 1 and 3 apply mixers only at the first octave. Modes 0, 4, and 5 apply mixers at all octaves.

Aggregation With Prior Octaves

One is at perfect liberty to set a decay factor less than one; the results are of limited utility. In this case, the smoothed noise functions produced by later octaves dominate, as their sizes are on the same order of magnitude as the aggregate. However, the low pass filter applied to these late-stage smoothing functions have small radii kernels, and consequently the smoothed noise functions do not differ much quantitatively from Gaussian noise; such results may be obtained much more cheaply by invoking -noise directly.

We apply a figurative (maybe even a poetic) oscilloscope to the schematic in Figure 2, illustrating some of the more salient aspects of turbulence generation. These correspond to a single row from a 1024 × 1024 turbulence image as it emerges from the primordal soup. The arguments given to the turbulence command were radius: 128, octaves: 10, decay 2.25, difference 0, and mode 0.